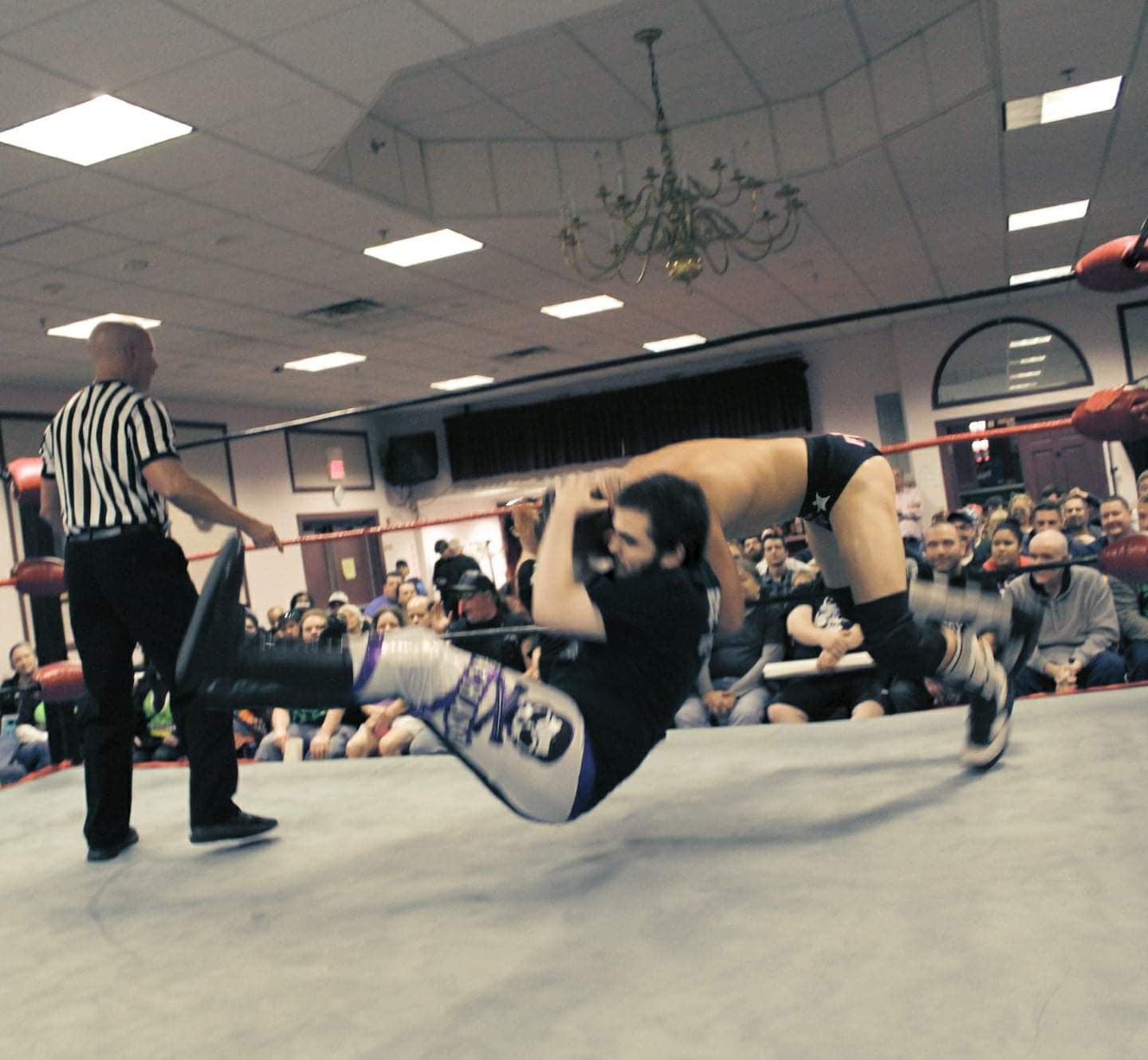 Pro Wrestler Cory Machado has decided to provide one million meals to families in need, he said the reason for the give back goal was because of the obvious challenging times that families in the U.S. were having.

Unlike the families in need, he was fortunate to be in a family that made him realize his childhood dream of wrestling, he grew up watching Pro Wrestling with his great-grandfather who didn’t speak a word of English since then pro wrestling became his love.

Anytime the pro wrestler is in the ring wrestling, it is always a symbol of honoring and remembering his grandfather.

He dabbled in pro wrestling in 2008 and then continued his focus on baseball. In 2012 to 2013, he started brainstorming gimmicks/characters, then in 2017, he started taking it seriously.

He has wrestled on the east coast & west coast and had the opportunity of working in Massachusetts, a beautiful place according to him.

The biggest thing his family taught him was to help people, as a Portuguese American, it was all about family. It all starts and ends with family.

He says that in 2014, he was surfing Facebook and saw news of this local high school girl who had passed away in a car accident. He reached out to everyone seeing as to how he could be of help.

He had then NFL player Terrance Parks make a video send the family some love, spent a lot of time talking with the family getting to know more about Ashley and what some of her goals were. She wanted to be a nurse and help people. Ashley passed away on Llano road in Santa Rosa.

Pro wrestler Cory Machado did many Facebook ads, campaigns to fix the roads, they are finally being worked on and will ultimately save a lot of lives going forward in the name of Ashley Carlson. He was proud to be able to help a little bit. Now when he wrestles, he honors Ashley Carlson, his great-grandfather & Ashley Donohoe among so many other angles.

Loving to help people is one of his ardent passions, with this, he is currently working with Feeding America, the charity he got to know about from Tony Robbins.

It’s a great cause providing meals to families in need as it has become a major issue here in the United States. Millions upon millions of families are hurting bad, now he is part of the solution.

Every time he goes out and entertains, making people smile and laugh. He is also helping a massive issue of feeding the hungry.

His quote is, “Positivity is the greens of your crop, negativity is the weeds in your garden” He hopes whoever is reading this, that this empowers you to proceed forward toward your goals & passions. You can do anything. Do not let somebody else’s insecurities or limiting beliefs discourage you. He says “I have failed more than anybody, I keep improving and progressing. I want everybody to do well. I want everybody to be happy and successful”.

Do You Know the Various Possible Reasons for Delays While Shipping your Car?

The refer and earn apps for high paying referral programs